Hotels and motels are a common venue for sex trafficking, due to ease of access for buyers, ability to pay in cash and maintain secrecy through finances, and lack of facility maintenance or upkeep expenses.

Sex trafficking may occur with victims are compelled to provide commercial sex through force, fraud, or coercion.

The traffickers in hotel/motel based commercial sex situations are often individual controllers, more commonly known as “pimps”. These traffickers may vary in their relationship to the victim, but are similar in the tactics they employ to recruit, control and exploit their victims. Some traffickers may only be exploiting one or a couple victims, while others maintain control over a larger group of adults or minors.

Sex traffickers seek to develop dependencies between themselves and their victims by created a false sense of romantic relationship, or become a caretaker or father-figure. When multiple victims are working for the same controller, a sense of family becomes critical in the maintenance of the exploitative relationship. Traffickers use these relationship bonds to compel victims into providing commercial sex.

In some hotel/motel based commercial sex, the trafficker may not be taking on the role of an intimate partner or caretaker, but rather that of a business manager. Sex trafficking networks operating under the premise of an escort service may have a business manager who is responsible to for setting up dates, but who is also compelling victims to provide commercial sex against their will.

How is it advertised?

Commercial sex within hotels and motels are most frequently advertised through online platforms. Websites such as Backpage.com, Eros.com and others are used as a platform for advertising the women, men and youth engaged in commercial sex as well as a communication tool for setting up dates, times and locations. In many ways, the commercial sex industry has moved away from the street and public places and moved indoors, because of the anonymity online advertising offers.

Victims are typically U.S. citizens, including adults, girls, boys, and transgender youth. Although less common, immigrants may also be victimized. Commercial sex taking place within hotels and motels often maintains the most diverse range of victims, as the customer base for commercial sex in hotel and motels is as diverse as the general hotel customer base.

Prior Violence and Assault: Individuals who have experience prior sexual assault and violence may have increased risk of sex trafficking, according to a study by the Illinois Criminal Justice Information Authority. Victims who experience repeated violent acts may unconsciously normalize victimization and/or be unable to see alternative possibilities. Victims of street based commercial sex are known to be vulnerable to violence and assault from buyers. Although victims of sex trafficking in street based commercial sex are commonly monitored by a trafficker, the trafficker is often less visible and therefore more difficult for police to investigate. 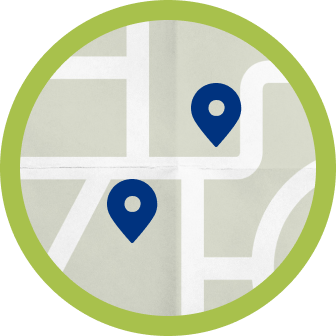