Victims are often expected to earn a nightly quota which is all confiscated by the trafficker.

The traffickers in street based commercial sex situations are often individual trafficker, more commonly known as “pimps”. These traffickers may vary in their relationship to the victim, but are similar in the tactics they employ to recruit, control and exploit their victims. Some traffickers may only be exploiting one or a couple victims, while others maintain control over a larger group of adults or minors.

Traffickers in street based commercial sex seek to make their victims dependent on them by creating a false sense of romantic relationship, or become a care taker or father-figure. When multiple victims are working for the same controller, a sense of family becomes critical in the maintenance of the exploitative relationship. Traffickers use these relationship bonds to compel victims into providing commercial sex.

Traffickers in street-based commercial sex settings often create extreme systems of behavioral expectations with harsh and often unpredictable punishments. For example, victims may not allowed to walk on the sidewalks, but instead walk along the street. They may not be allowed to look other traffickers in the eye or may be required to take on a completely new persona and identity. Punishments have been reported to be extremely harsh, including physical beatings, sexual assault or torture techniques.

Victims are typically U.S. citizens, including adults, girls, boys, and transgender youth. Although less common, immigrants may also be victimized.

Human trafficking spans all victim demographics and the vulnerabilities traffickers exploit are unique and specific to each victim (e.g. a developmental disorder, past child abuse, cultural beliefs). However, the NHTRC sees recurring vulnerabilities among sex trafficking victims in street based commercial sex. Some examples of these include (and are not limited by):

Prior Violence and Assault: Individuals who have experienced prior sexual assault and violence may have increased risk of sex trafficking, according to a study by the Illinois Criminal Justice Information Authority. Victims who experience repeated violent acts may unconsciously normalize victimization and/or be unable to see alternative possibilities. Victims of street based commercial sex are known to be vulnerable to violence and assault from buyers. Although victims of sex trafficking in street based commercial sex are commonly monitored by a trafficker, the trafficker is often less visible and therefore more difficult for police to investigate.

Street based commercial sex becomes trafficking when a trafficker uses force, fraud, or coercion to maintain control over the victim and to cause the victim to believe that s/he has no other choice but to continue providing commercial sex. Examples of frequently used means of control include: 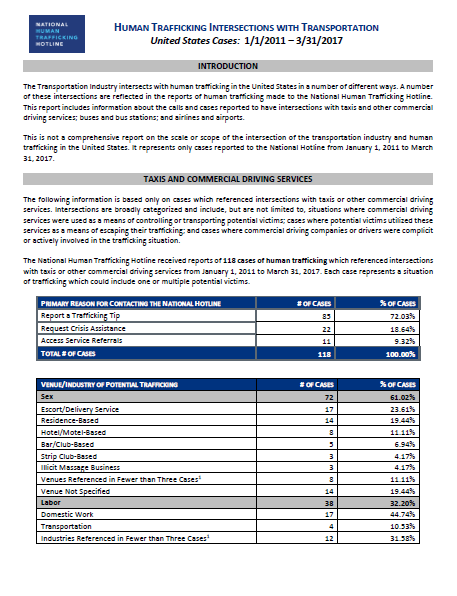 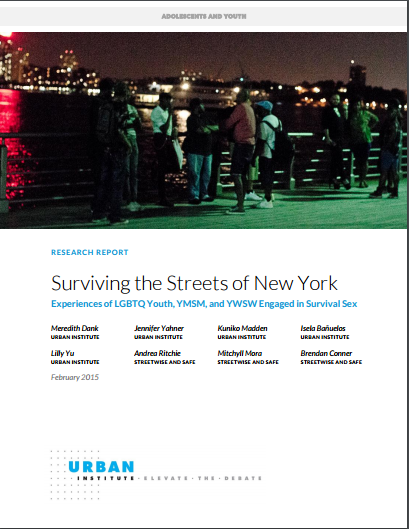 Based on interviews with 283 youth in New York City, this is the first study to focus on lesbian, gay, bisexual, transgender, and queer or questioning (LGBTQ) youth; young men who have sex with men